分享
President Tsai Ing-wen said Oct. 19 that the government is leaving no stone unturned in fostering Taiwan’s startup ecosystem to ensure the country continues surging ahead as an island of innovation.

The government is committed to exploring more opportunities for Taiwan’s startups through integrating resources and promoting cutting-edge R&D, Tsai said. At the same time, efforts are being directed toward improving the country’s business environment and regulations to attract top-notch entrepreneurs and professionals to Taiwan, as well as connecting local firms with counterparts around the world, she added.

Tsai made the remarks during the Next Big Award ceremony in Taipei City. Organized by the National Development Council, the inaugural award went to nine firms expected to take Taiwan’s startup scene to the next level on the back of business impact and market potential.

According to Tsai, Taiwan’s innovative capabilities are widely recognized by the global community. This is as evidenced by the country’s inclusion as one of four super innovators by World Economic Forum in its 2018 and 2019 Global Competitiveness Report.

In the latest World Digital Competitiveness Ranking published by Switzerland-based International Institute for Management Development, Taiwan moved up to eighth overall, thanks in part to its world-leading total R&D personnel per capita, Tsai added.

Under the Business Angel Investment Program sponsored by the National Development Fund, Tsai said, more than 155 startups received NT$2.25 billion (US$80.54 million) in financial backing to date, with more support in the pipeline. 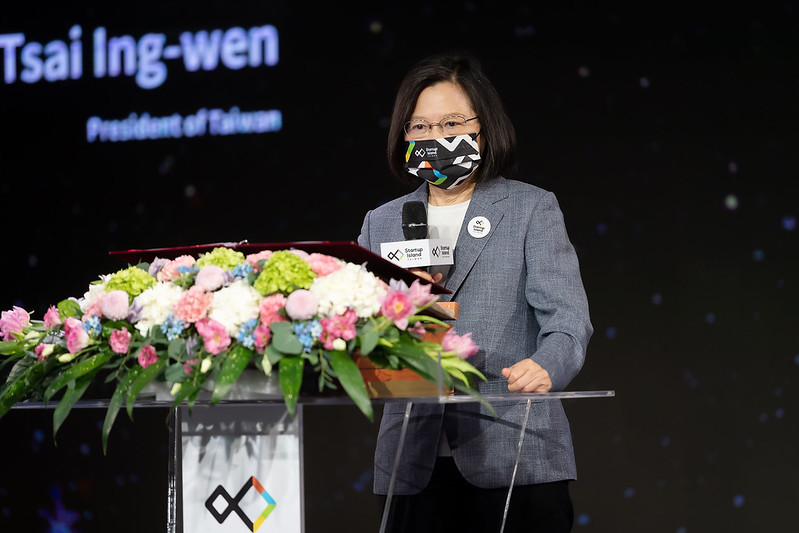