分享
President Tsai Ing-wen said Oct. 22 that the government is committed to developing Taiwan’s semiconductor industry to build the country into an advanced manufacturing hub while safeguarding its position in global supply chains.

Taiwan’s key role in the global semiconductor sector has drawn the world’s attention since U.S.-China trade began to experience friction and the outbreak of the COVID-19 pandemic, Tsai said. In this context, Taiwan must continue developing the industry while cultivating more talent in this field as a vital strategic investment, she added.

Tsai made the remarks during the launch ceremony for the Academy of Innovative Semiconductor and Sustainable Manufacturing at National Cheng Kung University in southern Taiwan’s Tainan City.

According to Tsai, the academy is the first of four approved by the Ministry of Education following the greenlight for an industry-academia cooperative innovation act by the Legislature in May. It is expected that easing restrictions and encouraging industrial participation in academic research will help pool resources and promote R&D capabilities, she said.

The academy’s establishment will also foster links between NCKU and science parks, including the Shalun Smart Green Energy Science City in Tainan and the Ciaotou Science and Technology Park in neighboring Kaohsiung City, Tsai said, adding that the collaboration between these facilities will drive innovation and sustainable development in southern Taiwan. 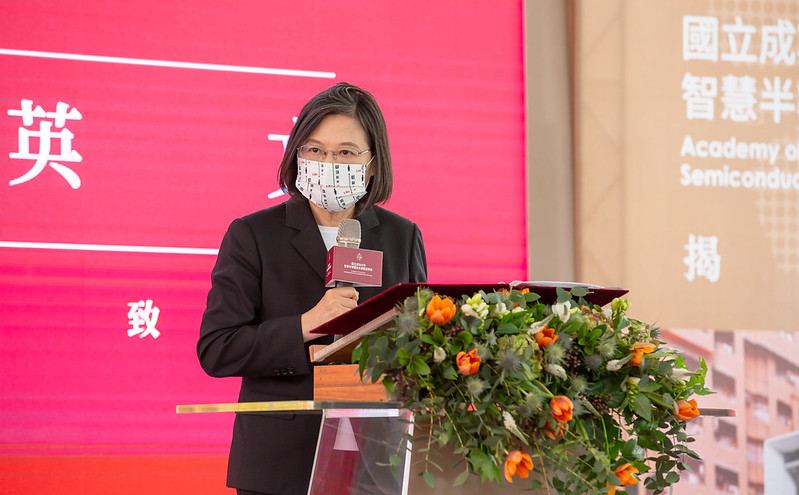