分享
President Tsai Ing-wen said Oct. 5 that the government is committed to working with like-minded partners worldwide to defend freedom and democracy.

Tsai made the remarks during a video address at the Global Taiwan Institute Annual Symposium in Washington from the Presidential Office in Taipei City.

Based on history and current events, threats against any one country or region translate, directly and indirectly, to increasing threats against its neighbors, Tsai said, adding that global solidarity is key to countering authoritarian expansion, safeguarding democracy and addressing shared challenges.

This spirit of solidarity is hampered by the exclusion of Taiwan from the U.N. system, Tsai said. Experts, journalists and students from the country are denied access to U.N. meetings, including last month’s General Assembly, and the country is barred from participation in other specialized agencies such as the World Health Organization and the International Civil Aviation Organization, she added.

The people of Taiwan, like all other people, deserve the opportunity to be heard and to contribute, Tsai said. The inclusion of Taiwan in the U.N. system can only benefit global welfare, she added.

Taiwan is a reliable and responsible stakeholder in the rules-based international order, Tsai said. This is evidenced by the donation of over 10 million face masks to the U.S. alone during the pandemic and around 580 tons of supplies and US$45 million in aid to help Ukrainian refugees following Russia’s invasion of Ukraine, she added.

Tsai took the opportunity to thank the U.S., the Group of Seven industrialized nations and the country’s friends around the world for condemning China’s military provocation. She also expressed gratitude to the Biden administration and members of congress from both sides of the aisle for upholding the U.S. commitment to the Taiwan Relations Act and the Six Assurances.

GTI, established in 2016 in the U.S. capital, is a think tank aiming to promote greater understanding of Taiwan and its people through targeted policy research and engagement programs. 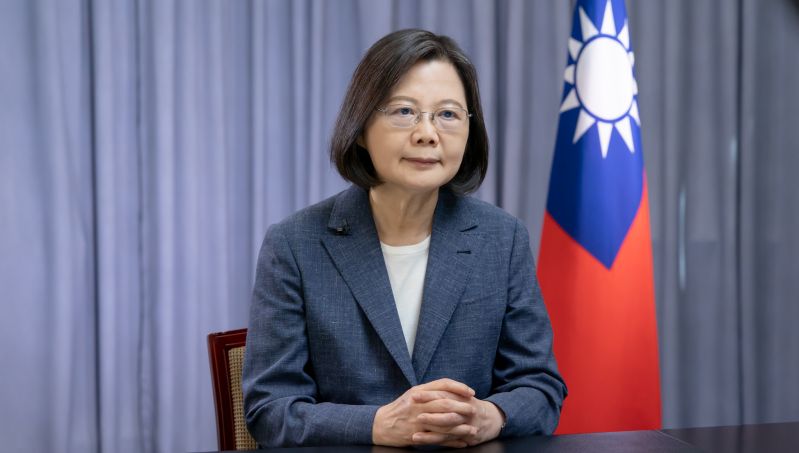